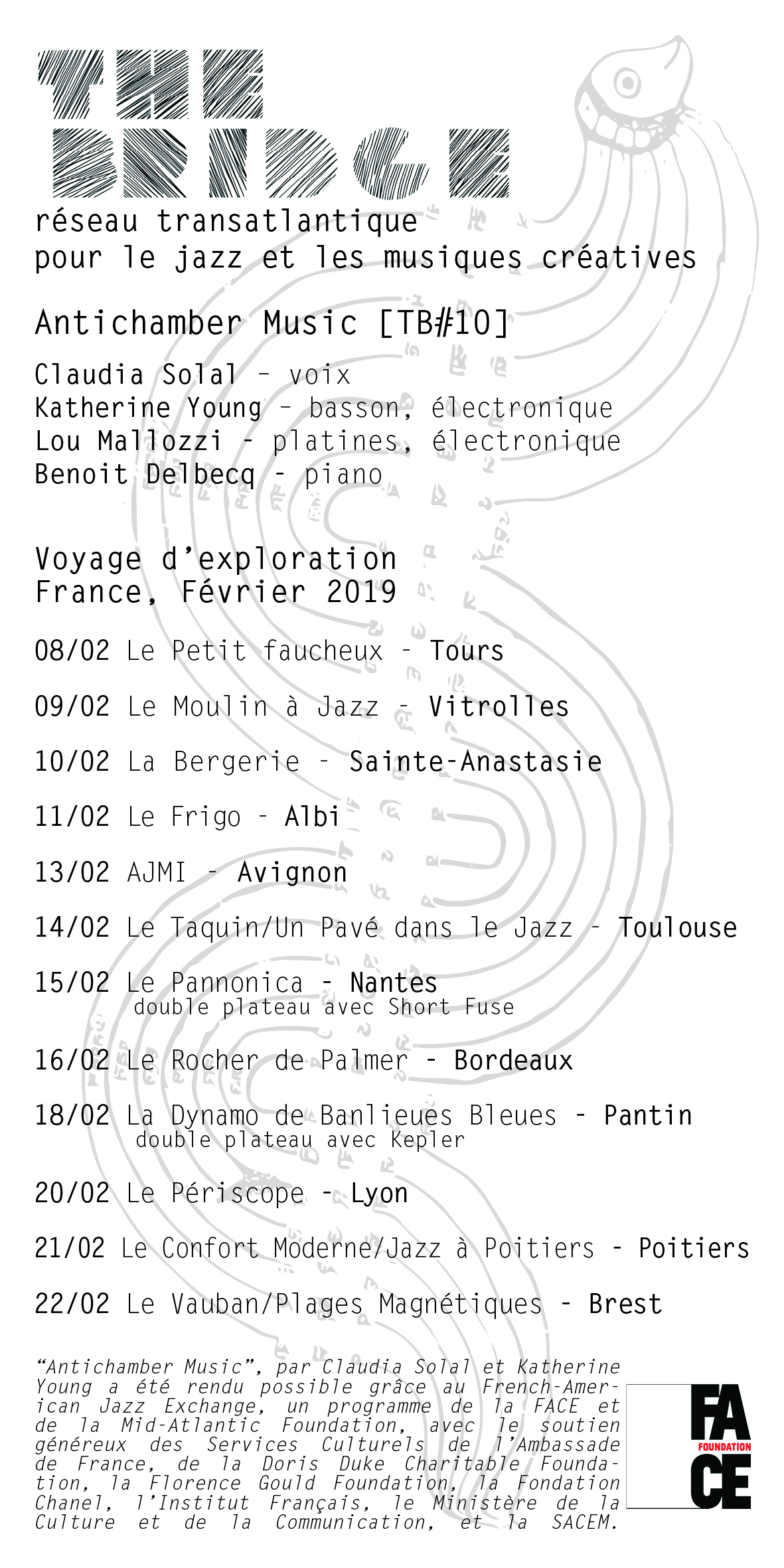 It was on the roads of Europe, as he wandered with his wife Nora between Dublin, Paris, Zurich, Trieste, Pola and Rome, and as what was to become his major and monstrous work, his cosmos, his chaos, Ulysses, matured within him, that James Joyce composed 36 “poems of youth”, as they say with far too much modesty. They were then brought together, in 1907, but in a different arrangement from that intended by the author, under the title Chamber Music. It is known that several poems in this collection, which seems to follow the shadow and prey of a love that is realized and unrealized, taking shape and losing, whose distillation goes from the spiritual to the carnal and finally to the fraternal, already inspired Luciano Berio in 1953. But here all these pieces are taken into account, in one order or another, whether they are to be said, sung, psalmodized, even killed, leaving to an improvised music the complete freedom of form and content, facing, in the abyss.

What better common ground, to tell the truth, for a Franco-American quartet that first performed in Chicago in November 2015 (with cellist Tomeka Reid), than texts written in English, not by an American but by a wandering European (an Irishman, of course)? What other common language is there than one that can switch from one language to another, from written English to French translation, just as musicians translate by improvising their relationships to each other and to things? From one to the other, something (happens), which transforms the chamber music enclosed in words into an antechamber music to all the winds of sound and senses, subtitled Improvisations for an imaginary quartet by its instigator, the singer Claudia Solal and her gallery of very real voices. “The primary intention of this project was for me to associate voices, timbres, which would take over an imaginary score, suggested by the main theme of a collection of poems. It is above all up to each one to propose his own story, so that each instrument becomes a song in its own right, simultaneously soloist, initiator or follower, dependent or solitary, depending on the moment and the action? »

Benoît Delbecq is a fan of the prepared piano and electronic effects, and for more than twenty years he has never ceased to cross the jazz field in all its breadth: from Alan Silva’s improbable Institute for Artistic and Cultural Perception to his own unstoppable collective, Hask, from his association with Steve Lacy or Mal Waldron to his studies with Steve Coleman or Muhal Richard Abrams, and to the research conducted with the Kartet, The Recyclers or Silencers, and his own trios and quintets. Katie Young, a student of Anthony Braxton, is notably the author of a solo recording of bassoon manipulated, modified, magnified, among emancipated women desacralizing and resacralizing at their sole desire the most consecrated instruments. Lou Mallozzi, with the most evanescent or disruptive turntables and electronics, is a craftsman of sound and noise, when they cease to be contradictory. A craftsman and a master of the genre, soundtracks, who teaches this strange art of making and undoing at the Art Institute of Chicago. The quartet is planned to split into subsets (different solos, duets, trios) to play with all possible densities, all transparencies too, such as the moving, versatile, metamorphic pieces of a collection of poems or a chessboard of stamps. The rest, everything else is unpredictable. 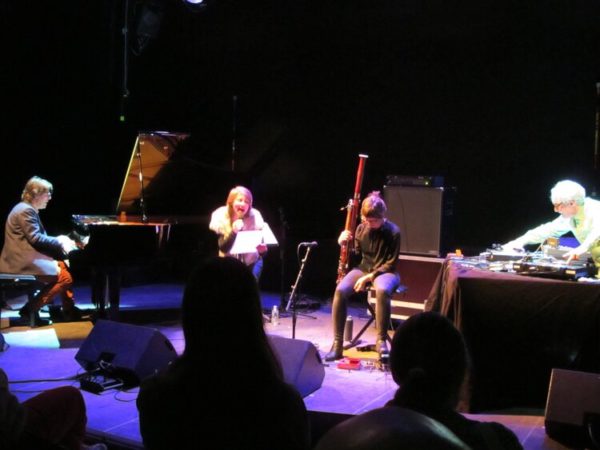 The Physicality of Thinking, A Road Movie 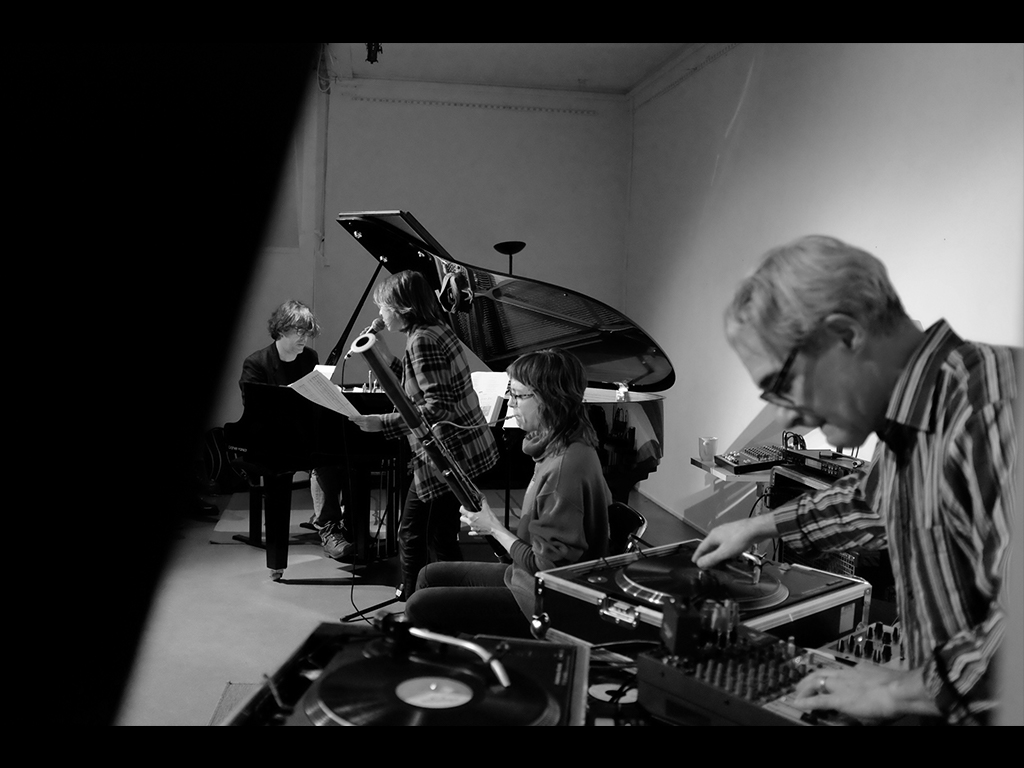 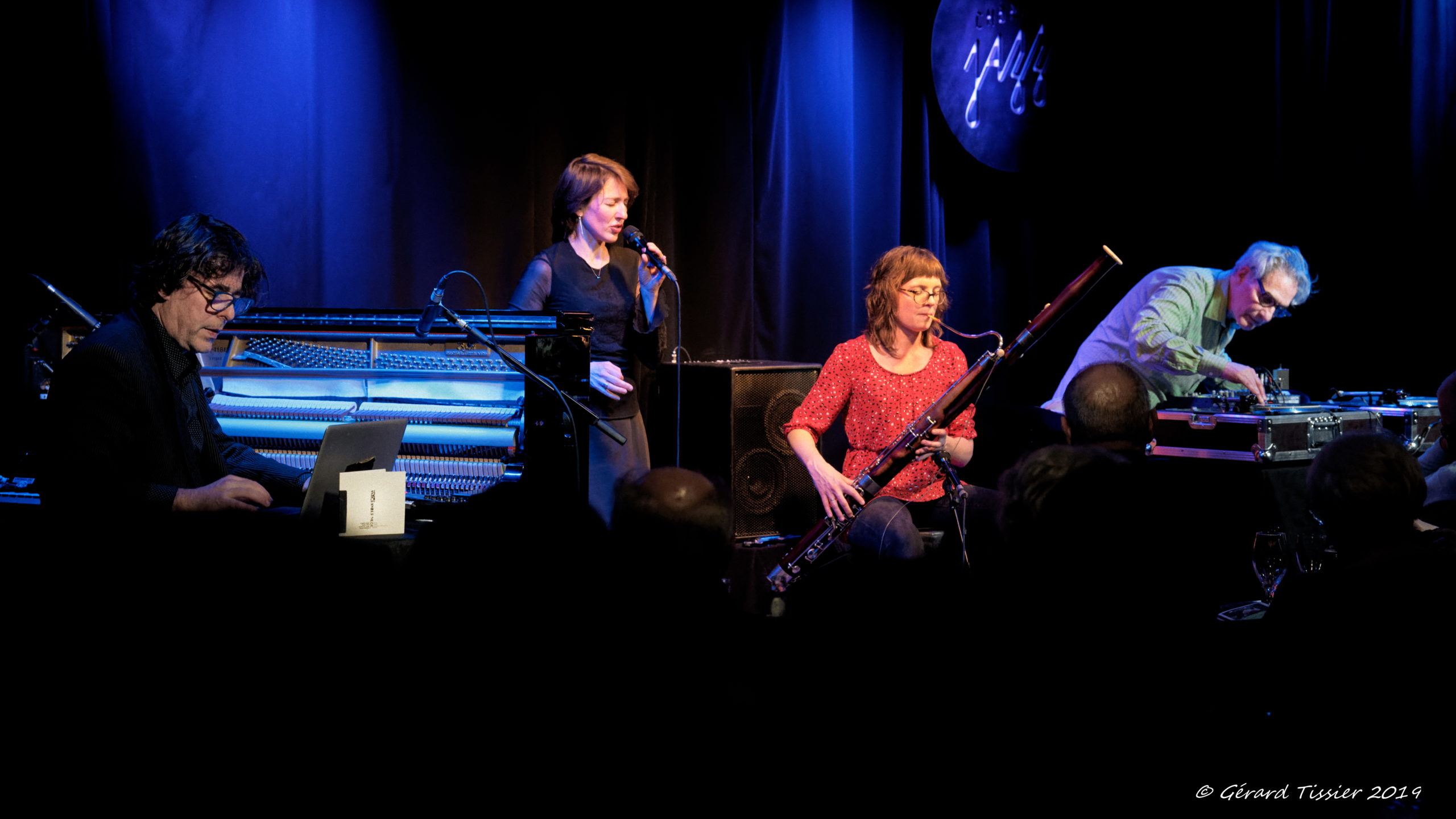 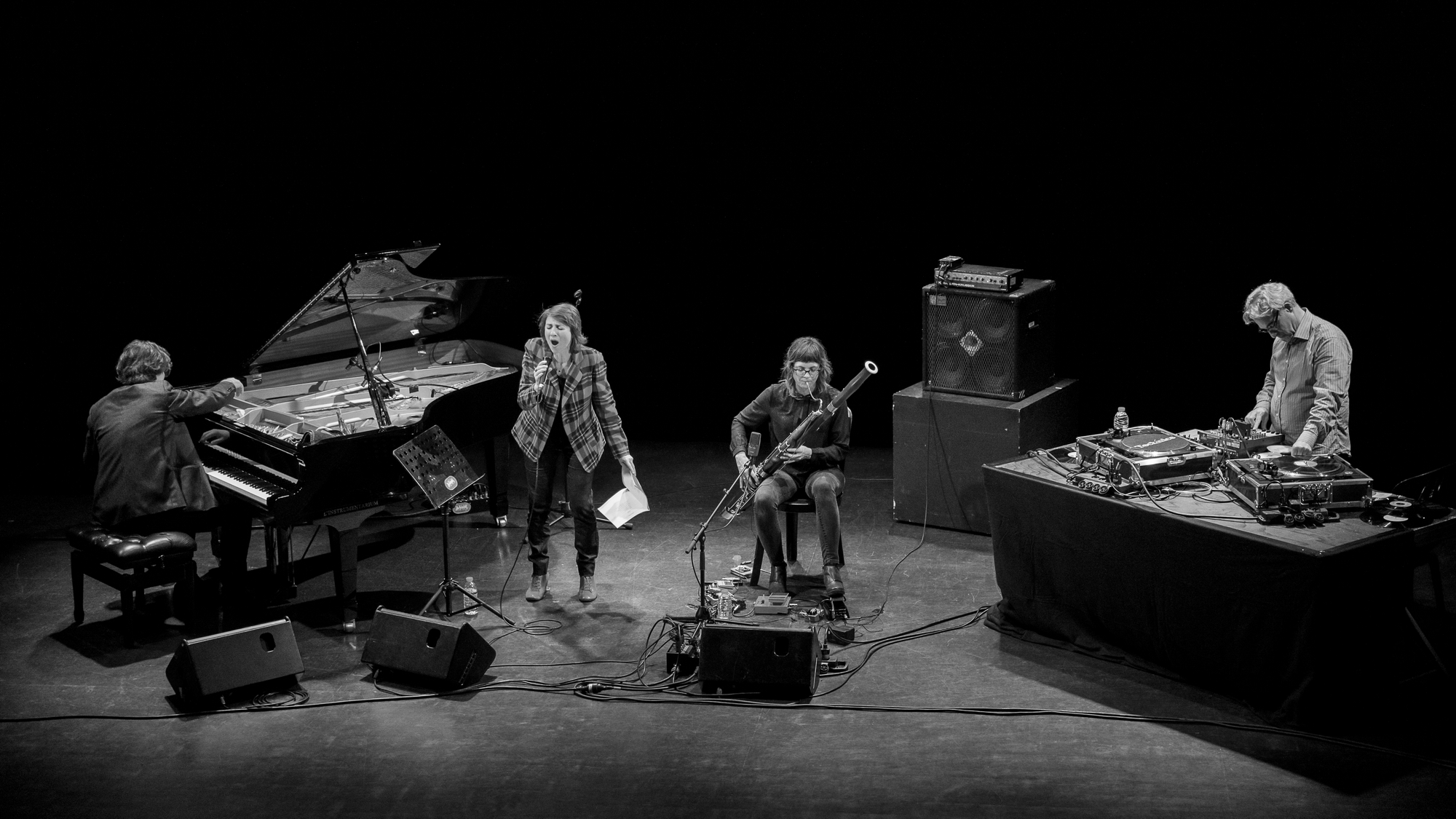