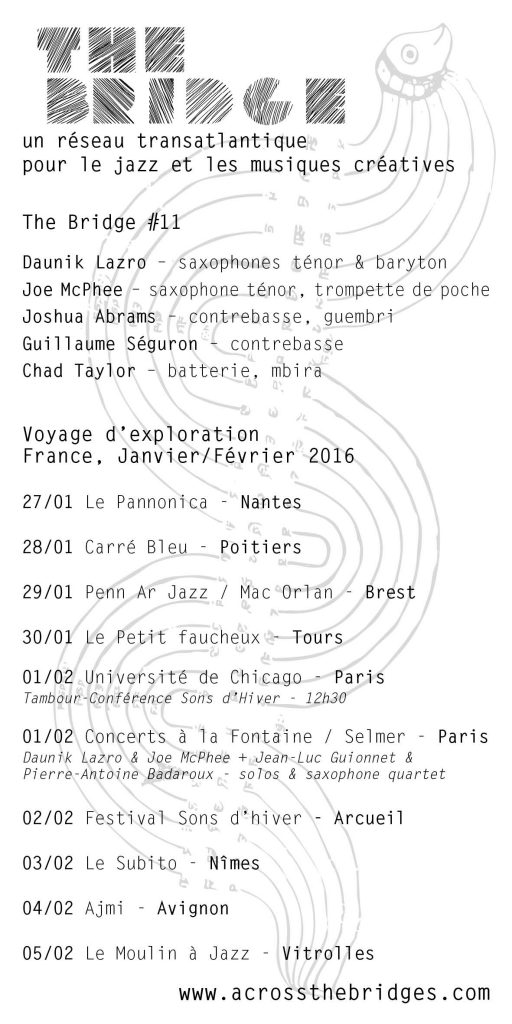 For the three years The Bridge, the transatlantic network for jazz and creative music, has been establishing and sustaining connections between improvisers from France and the USA, there never was any better description of the necessity of the exchanges than Joe McPhee’s: “We engage in conversations on multiple levels, we learn from each other, about each other, about our experiences of the world, about our own histories and our pasts, our families and how we got here, at this place in this exact moment. So it’s more than the road, it’s an epic… It the type of thing, I think, we need to develop in the world at large: we are very different in so many ways, but we are not separate.”

It turns out there is a part of history (and legendary) in a “Dream Band” which, for once, deserves this brazen qualifier. In 1996, Daunik Lazro had already formed with Joe McPhee, kindred spirit since the beginning of the decade, the Dourou Quintet, already completed by two bassists and a drummer. Among them and with others, there were feverish billows with the likes of Evan Parker and André Jaume, reckless string criss-crossings with the likes of Raymond Boni and Claude Tchamitchian. “This Bridge makes us travel 20 (light) years, tells Lazro, to deepen our sonic adventure,” this time with bassists-storytellers Joshua Abrams and Guillaume Séguron. The one and the other share the same love for hypnotic forms and uncertain forms of the music alike. For Abrams, it’s in all of his Chicagoan collaborations (with Nicole Mitchell, David Boykin, Mike Reed, or Jeff Parker…), and when he descends the craters of dreamy music with Town & Country or ascends the slopes of rousing music with Natural Information Society. Beautiful like the encounter of El Mâalem Mahmoud Guinia and Morton Feldman on Fred Hopkins’ bass… For Séguron, launched to the peaks by Jean-François Jenny-Clark, it’s by travelling around with Anthony Ortega or Lionel Garcin, with Régis Huby or Mat Maneri, with Gerry Hemingway or Denis Fournier, but also by tirelessly questioning his sources, be they musical or multiple, or be they from elsewhere (the Spanish Republicans’ legacy, Jorge Luis Borges’ literature, Robert Motherwell’s painting, the photography of Shim, Toro, or Capa…). Joshua Abrams and Chad Taylor, who switch from the double bass and the drums to the guembri and the mbira, met at the Sunday night jam sessions at Fred Anderson’s Velvet Lounge in Chicago. There, they even formed a trio with Matana Roberts, before the drummer left for New York, where his sieve of clinking and acrobatic rhythms has furnished a dazzling and fluttering clockwork to the formations of Cooper-Moore, Jemeel Moondoc, or Marc Ribot, in parallel to the Chicago Underground Duo, whose pace he’s still setting with Rob Mazurek.

While we never know which instrument to expect with Joe McPhee (The pocket trumpet? The valve trumpet? The valve trombone? The saxophone, and which?), the biggest change is that, since their previous exchanges, the uncompromising Lazro abandoned the alto for the tenor, along with the baritone. Is it still necessary to introduce the paths of these to voice instrumentists, their thunder-struck and thundering saxophones (and related horns)? McPhee has well and truly dipped his tenor loaded with bodies and oracles in the inkwell of the voice. When he furnishes his phrasing, compresses his timbres, when he collapses or nestles in a shout, in a spasm, sometimes making the offering of a ballad or a spiritual, it is to reach this region of the heart where matter and soul join. True soul music. Within Lazro as well, when he flays a sound he knows to turn hail or coarse, there is an inside song, more protected than threatened by this grammar of crackling and whistling in which passes, as in an avalanche corridor: the indelible reality of the black and white man. The one and the other can only get each other in the tireless mobility of their unfoldings, in the spectrum of their voices. In the mine of sounds, where music is a vein, the saxophones (and related horns) load what the double basses extract. The double basses crush what the saxophones beat and pour this in the bin of rhythms, a weave of lashed cymbals and breathless skins. For those who are still in doubt, Joe McPhee reminds “Someone described me the musician as such: ‘where does this come from? From the idea of making magic with the muses.’ That embraces rather accurately what we consider to be music.” And to do this, tells Lazro: “the method has not changed (since it bore great fruits): it is through open improvisation that music occurs, welcoming lyricism as much as abstraction, the pulse that can neighbor silence, expressionism, or dream.” A Dream Band, truly. 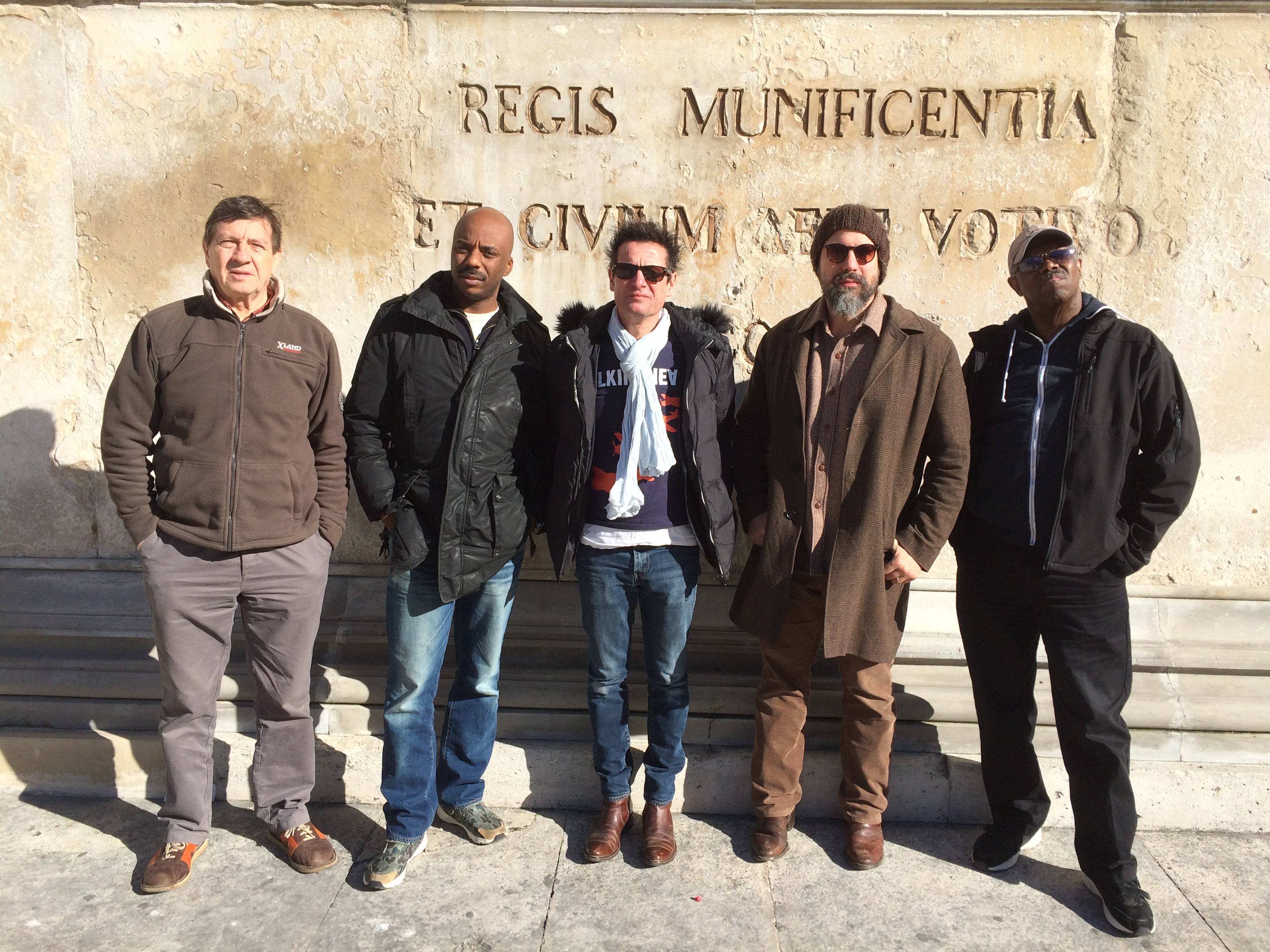 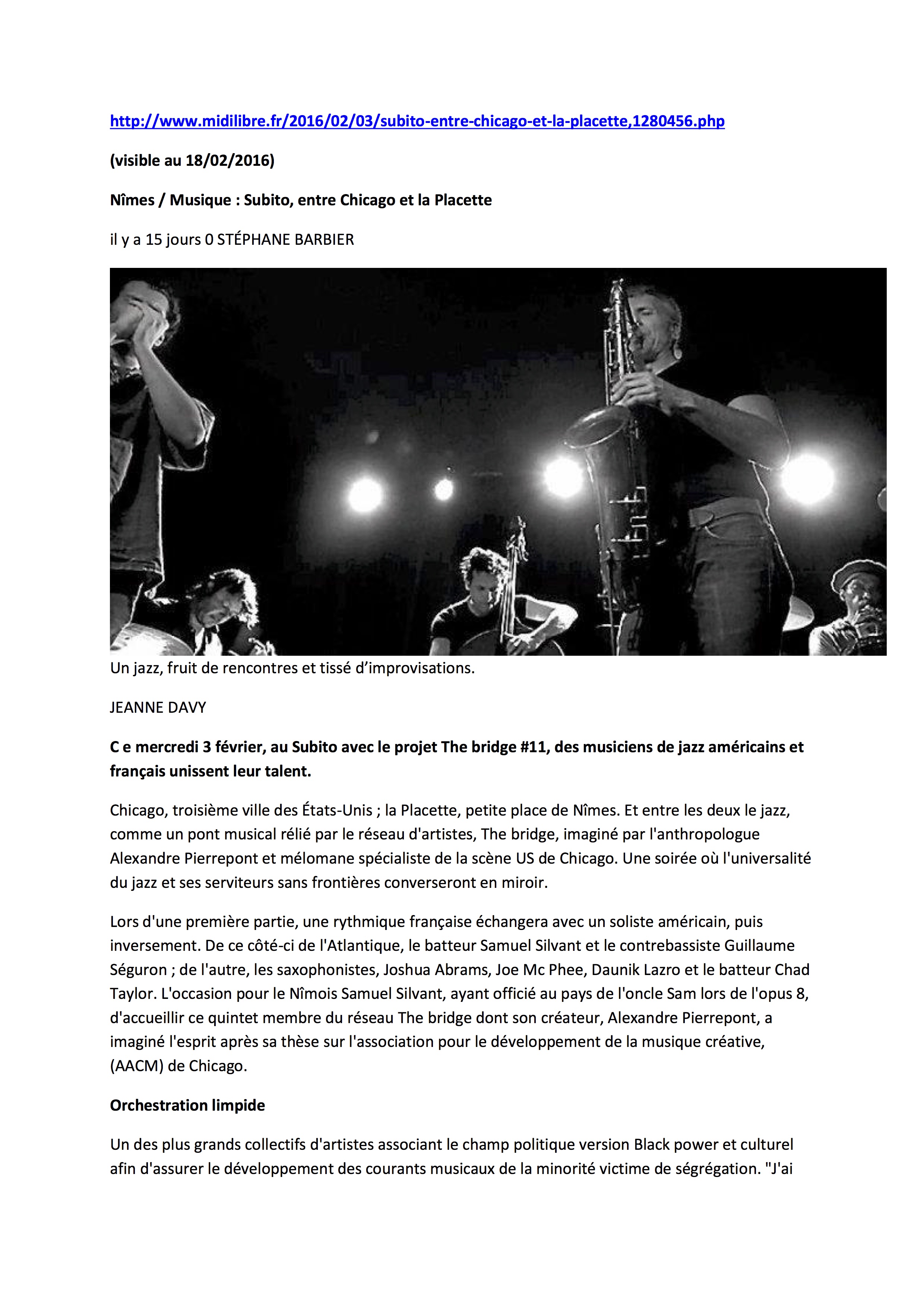