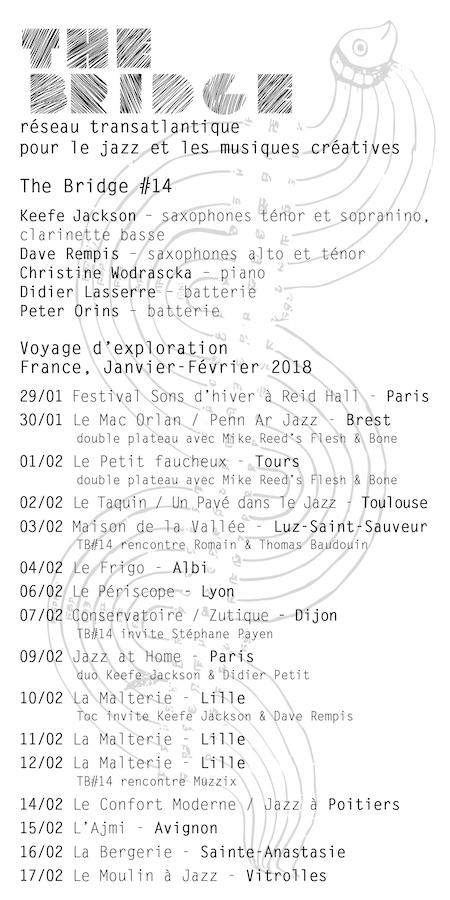 In the beginning was free music. And a taste for adventure. If you’ve ever wondered how a team of improvising musicians stabilizes, even though they’ve decided to work in instability, then these Sangliers are for you. Five forces of nature who intend to dedicate and devote themselves to free, total and collective improvisation, and who have very serious reasons for doing so. One of them would be that Keefe Jackson, Dave Rempis, Christine Wodraska, Didier Lasserre and Peter Orins have answered the call of The Bridge, a transatlantic network that connects improvisers from here and there, from France and the United States, in the form of formations that are always mixed, always hybrid, always phenomenal. Another reason, not the least, is that for these five musicians, improvisation is a method and a philosophy. When music derives from direct actions, reactions and interactions (interferences) between the players, without the mediation of a leader (an authority), a score (a writing) or a structure (a law), only the forces at work and the forces of nature, always fluctuating, to which they incessantly end up according to their transactions in situ and in real time, matter. Here and now. The internal functioning, the functional agility, of such a group of individuals, at once mobile, tactical and operational, certainly has political resonances, evoking for example the concept of swarm intelligence put forward by Michael Hardt and Antonio Negri: one distinguishes oneself by testing, soliciting and upsetting one another, by positive or negative reciprocity, from consensus to dissensus and back, by playing with all the power relations between a plurality of subjects recognized as such. We also play with the distribution of roles and functions by exercising a critical spirit and a creative imagination that is justly overflowing: we invent and adjust, construct, deconstruct and reconstruct together and permanently, in a dialogical, antiphonic or polyphonic way…

If you still doubt that it is a method and a philosophy among these improvisers, listen to Didier Lasserre for whom such adventures give “the opportunity to experience the very possibility of encounter (musical, social, human) in a marked, identified aesthetic (the free – in the broadest sense – from its American roots to its European diversions): how can you be yourself and, through this encounter, how can you escape yourself as well (in the words of Barre Philips, “try to widen the circle”).” Keefe Jackson comes back to the very idea of being strangers to one another: “If we are improvisers and feel concerned by the acts of presence we make at each moment, to answer questions like ‘Who am I? “or “Who are they” will not help us make music. Improvising with strangers can be very stimulating in itself: it is easier to avoid expectations, familiar paths that distract us from what is really happening. It can even help us find a way to the proverbial and coveted clean slate, which is also timeless.” Dave Rempis reminds us that these encounters are always unique because “everyone has an approach as distinctive as their fingerprint. Working with as many improvisers as possible gives you a better understanding of musical solutions and possibilities, and forces your own language to expand into new areas of discovery.” 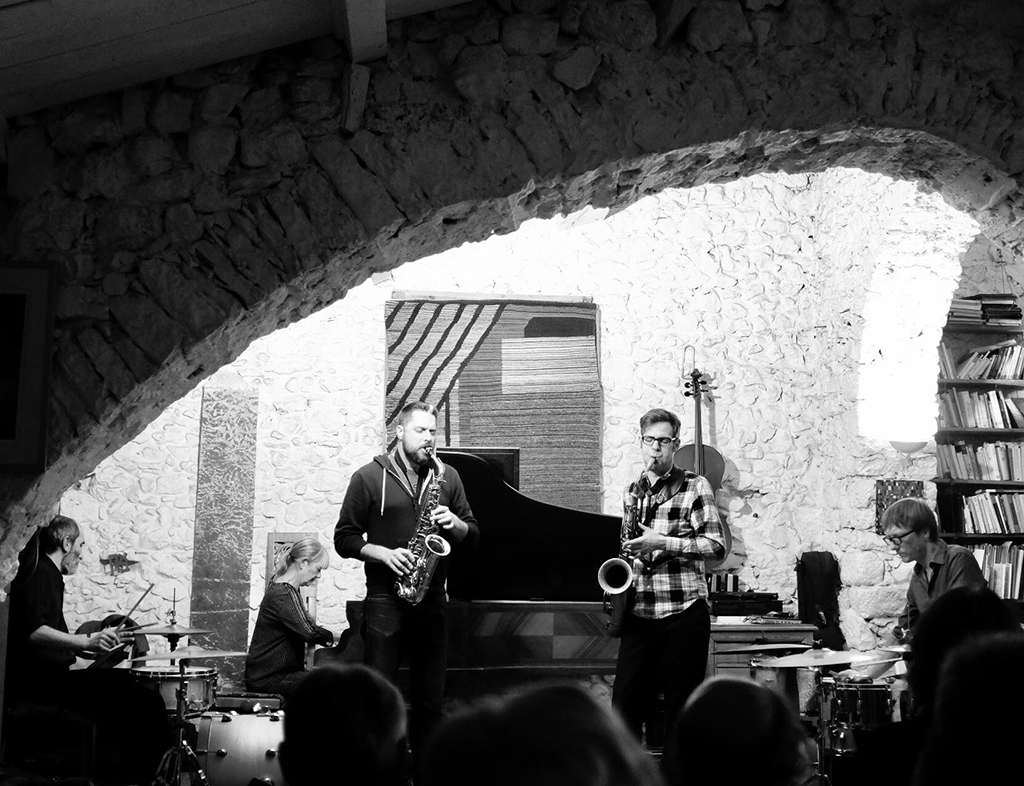