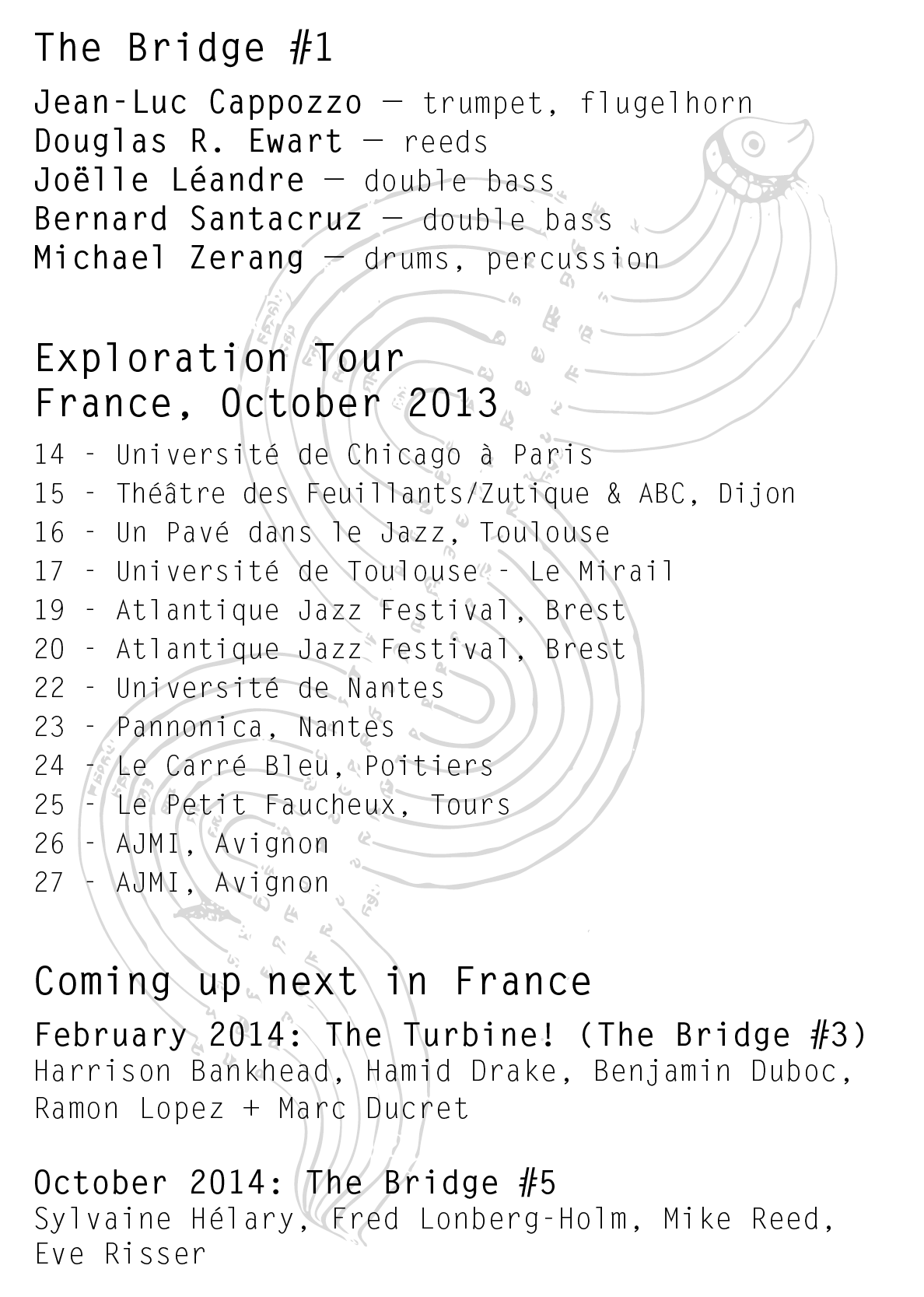 Starting the conversation is a quintet of free spirits – living at the crossroads, seeking to liberate them – brought together by magnetic forces. On the French side, trumpet player Jean-Luc Cappozzo and bass players Joëlle Léandre and Bernard Santacruz. Knowing that the first and the second have, notably, both performed with George Lewis. That the second and the third have, notably, both played with Nicole Mitchell. That the first and the third have, notably, both performed with Charles Gayle, in Denis Fournier’s quintet, and in their own quartet. On the American side, Douglas R. Ewart who, besides being an explosive visual artists, falls within the lineage of the iconoclast multi-instrumentalists of the AACM, such as Lewis and Mitchell; and Michael Zerang, who has already made his surfaces, skins, and metals resound, hiss, and squeak on the stages of Chicago and Europe. Their improvised music – that is to say, very much in/out of proportion to who they are collectively –is the adventurously passionate music of intersecting paths and chartered worlds. 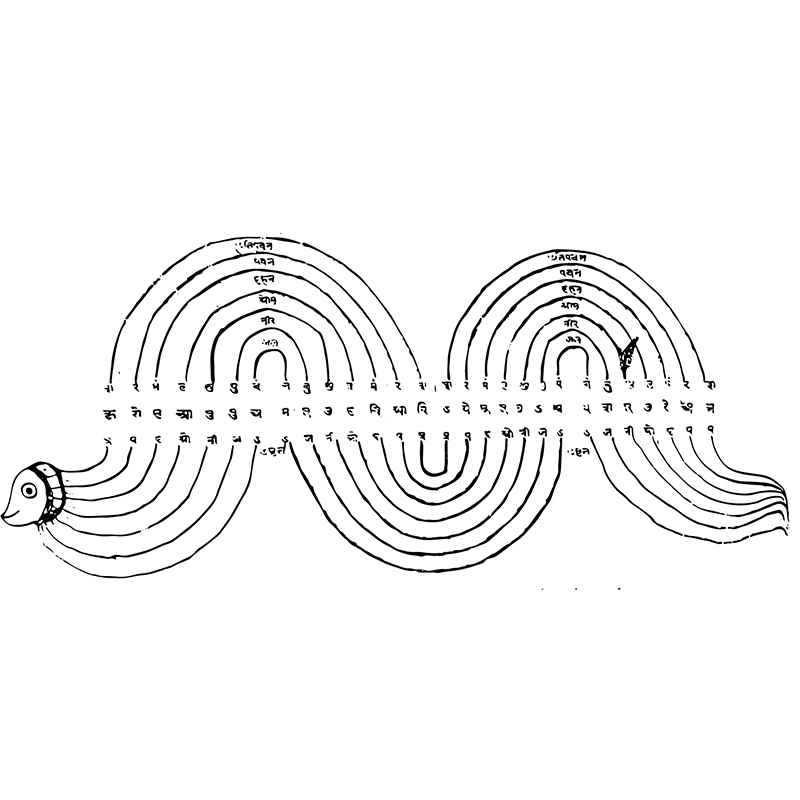 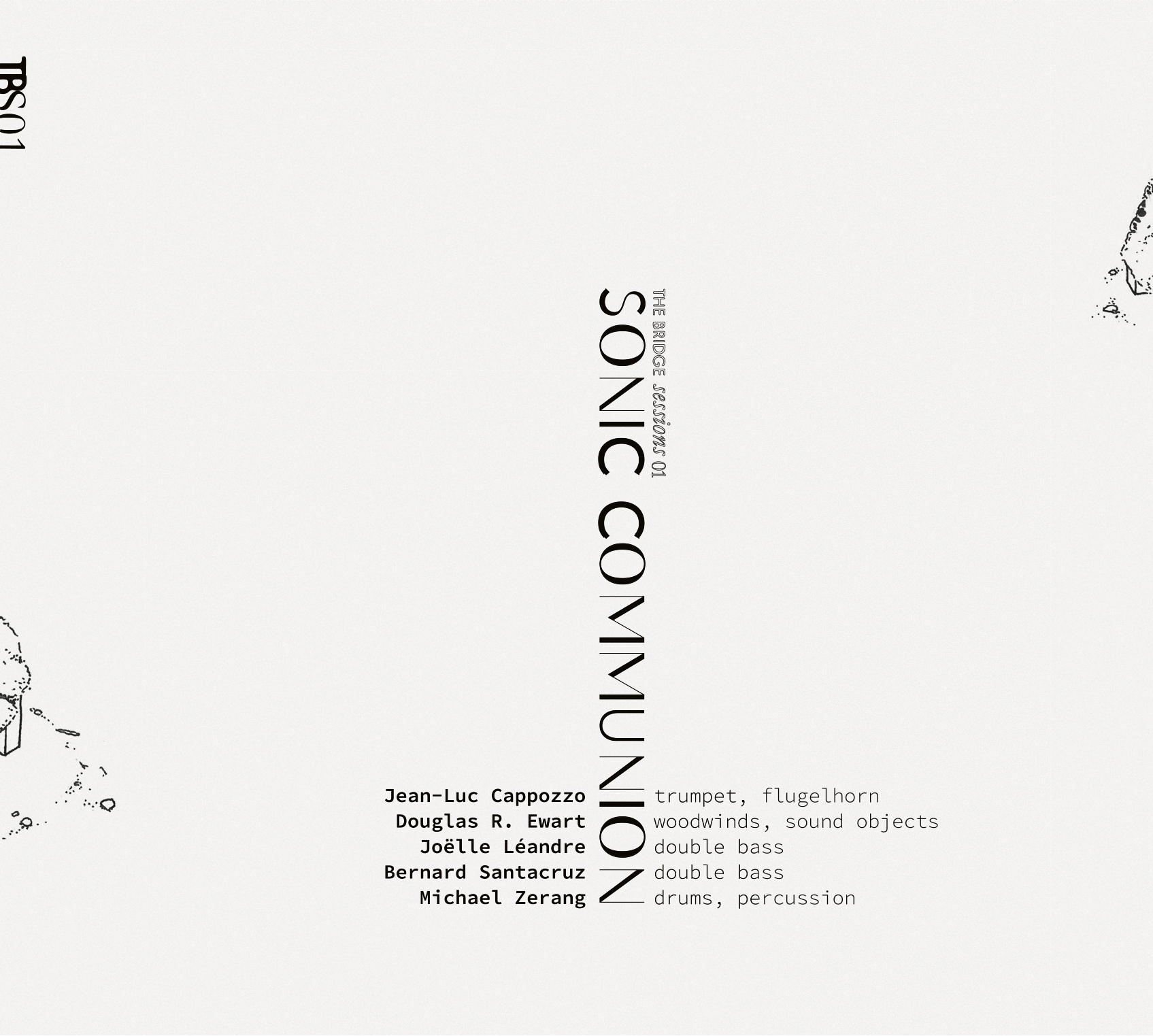 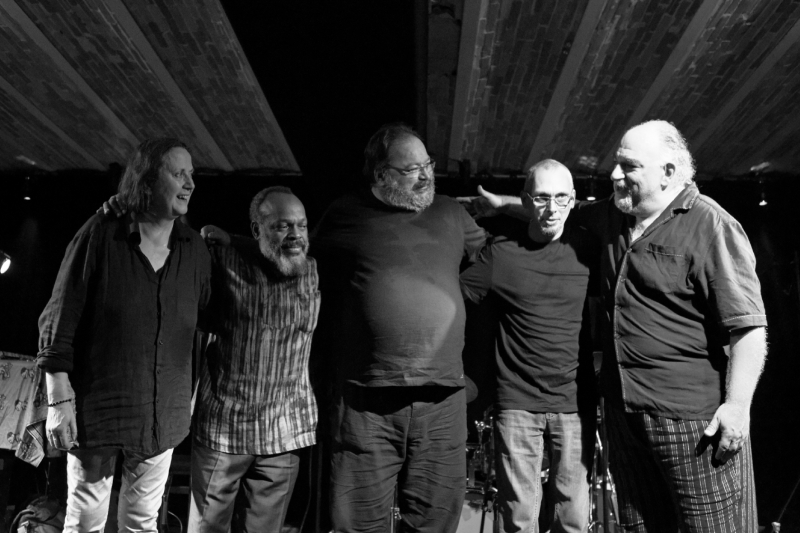 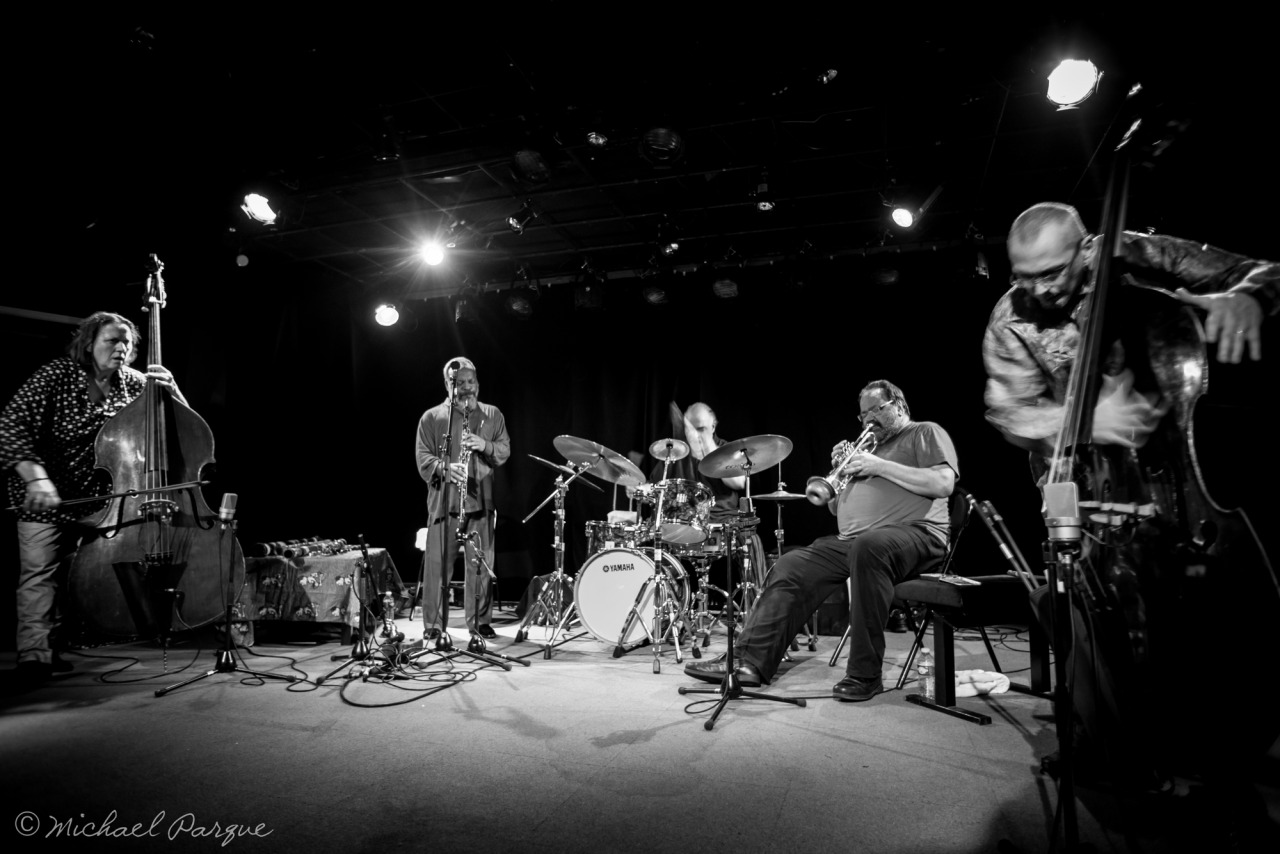