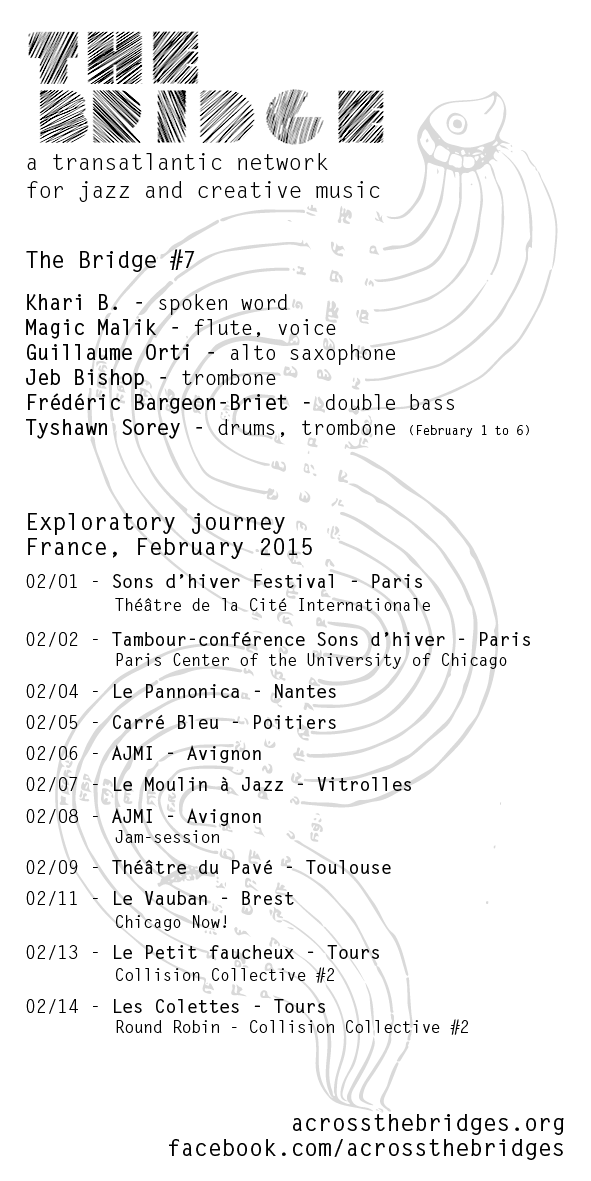 What can we expect? This question, when stripped of worry to express only curiosity and eagerness, is one that the musicians of the jazzistic field have always asked (themselves) without giving a definitive answer. But for all the groups with preconceived projects and guaranteed results that explore spoilt concepts, how many still play the game of just confronting each other, without justification or pretext, with no other reasons than those the music will give (itself)? When it’s only about the realest and most complex equation: a match of individualities, with their own personalities on their instruments, their specific manner of playing them, with their references and their experiences (here, among the former, Charles Mingus and Arnold Schönberg, Morton Feldman and Wayne Shorter, the AACM, rock and rap, the music of India and South-East Asia; among the latter, Benoît Delbecq and Vijay Iyer, Steve Lehman and Ernest Dawkins, Anthony Braxton and Roscoe Mitchell, Peter Brötzmann and Ken Vandermark). A match of individualities, with all their life stories and their implications, their contradictions, and their imaginations. For music that is collectively improvised is the most akin to the moment of encounter, stretching it into a whole world: an encounter of musicians, an encounter with the surrounding world, and encounter that crosses parallel worlds.

Like all the assemblies of musicians put forward by The Bridge, this formation is a story of merging and forces, a story born of desire and a few initial encounters. Thus, Frédéric Bargeon-Briet and Guillaume Orti have spent much time together at the time of the Hask collective in the 90s. With Nimbus, his polyvalent ensemble, the double bass player has made sure to invite the saxophonist, as well as flute player Magic Malik (who has also collaborated with Orti, especially for the ensemble Octurn). Briet, during a trip to the US in 2012, met Tyshawn Sorey in New York and Jeb Bishop in Chicago, with whom he later collaborated in the ensemble Bonadventure Pencroff. Sorey, who knew Malik due to their both gravitating in the Steve Coleman solar system, share with Bishop and Khari B. a common denominator: George Lewis, the trombonist, improviser, composer, musical software programmer, and Columbia University musicologist, with whom all three have performed or studied. And Khari B., son of the saxophone and clarinet player Mwata Bowden, was recently elected chairman of the AACM, on which Lewis wrote a book. All this makes Briet say: “In this orchestra, the trajectories of each musician are like rays of light converging to the focal point of a magnifying lens. After the first concert at Sons d’hiver, once we have exchanged the first notes, texts, and words, we will have gone through the lens to discover and travel a sublimed dimension different from the one we are familiar with. We will be on both sides of the looking glass, observing and being observed.” Meanwhile, Tyshawn Sorey attributes to music the power “to question WHO we are and WHY we are – to question the nature of our perceptions and what they signify. Simply put, music IS. It wants nothing, needs nothing. It operates in this liminal area that separates the ‘same’ from the ‘different’. The fully conscious listener will have to abandon themselves to the sounds, clean the mirror that reflects the self, and put that self aside.”

So, what can we expect? A modular orchestra that can play with abundance and infinity as well as meditating the lessons of the infinitesimal (depending, for instance, on whether Tyshawn Sorey is playing the drums or the trombone, which can transform a sextet with integrated rhythms and a spoken word artist, in the lineage of Langston Hughes or Amiri Baraka, into a near-chamber orchestra, a voice, winds, and strings ensemble), that can operate on centers of gravity and forces of attraction, on magnetic fields, musically researching multiple perspectives, using their sense of orientation, exploration, and construction. 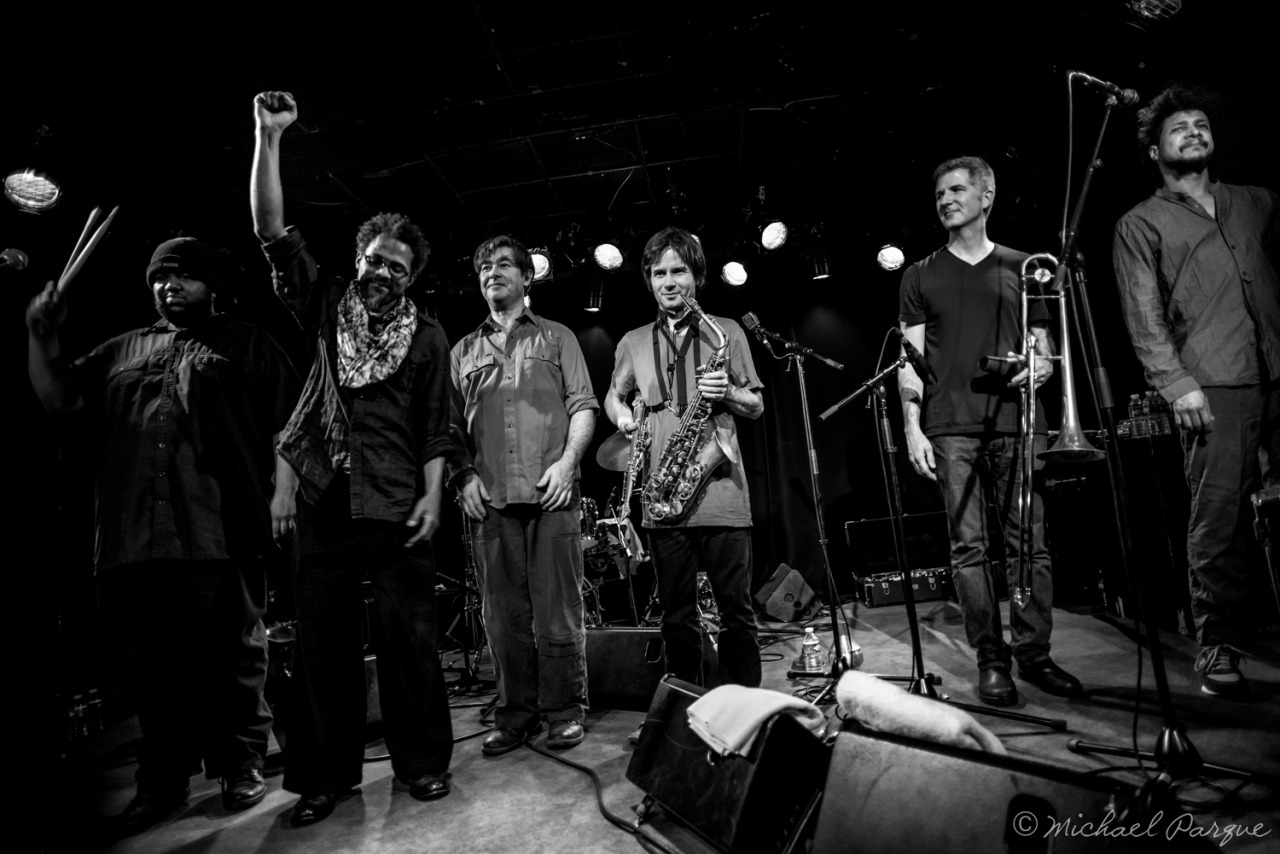