For the time being, we are forced apart, a long way from one another’s land, islands, countries, and utopias. Though we cannot bridge that gap, though we cannot fake the tangible presence of things and beings, we can still send out signs. Cross through the waves. Make shapes appear and songs be heard.
The Bridge, with two among its dearest partners on both sides of the Atlantic Ocean, is organizing two mirroring evenings of concerts, one from Chicago and Constellation on November 27th, the other from Pantin and La Dynamo on November 28. 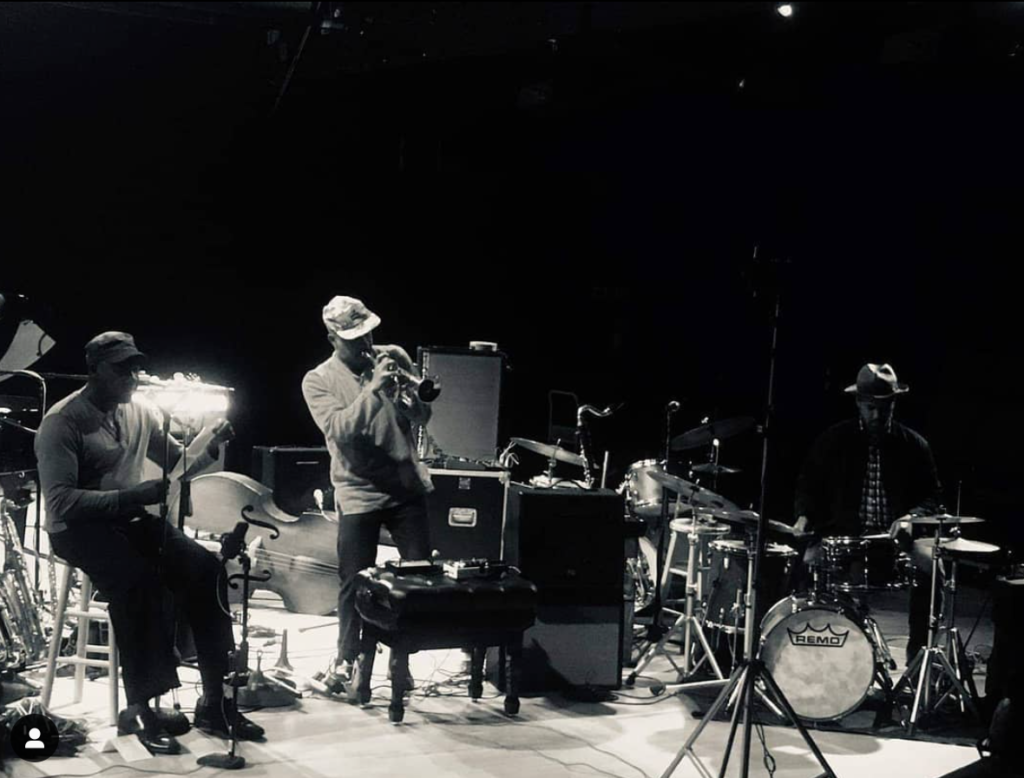 The Bridge invited Mike Reed a to form a team of Chicago improvisers, to celebrate all the French-American exchanges that have been developed since 2013.

Hopetown
Claudia Solal – vocals
Benoit Delbecq – piano
Joëlle Léandre – double bass
Bernard Santacruz – double bass
Reverse Winchester
Mike Ladd – vocals
Mathieu Sourisseau – guitar
Three pairs of kings and queens of free improvisation, three absolutely pacific duel duos, between six residents of the Republic and six citizens of the worlds, reunited to underline an absence: that of the American friends. For these three duos that now exist on their own were first formed on the margins of the experiences, on both sides of the Atlantic, that Benoît Delbecq, Mike Ladd, Joëlle Léandre, Bernard Santacruz, Claudia Solal, and Mathieu Sourisseau lived as part of The Bridge’s transatlantic exchanges. Each and everyone of them were part of French-American motley crews of musicians.
Therefore, reuniting them on the same night, welcoming Delbecq’ and Solal’s veils and unveilings, Léandre’ and Santacruz’s ploughing and whirling, and Ladd’ and Sourisseau’s spoken-sung-played open fire, is not only paying tribute to their spirit of continuity, but also calling out to those who are not there, to the American friends, who are right now on the other side of world. In the hand of a world to reinvent.